City Hall Square (Danish: Rådhuspladsen) is a public square in the centre of Copenhagen, Denmark, located in front of the Copenhagen City Hall. Its large size, its central location and its affiliation with the city hall make it a popular venue for a variety of events, celebrations and demonstrations. It is often used as a central point for measuring distances from Copenhagen.
City Hall Square is located at the southwestern end of the pedestrian street Strøget which connects it to Kongens Nytorv, the other large square of the city centre, passing Gammeltorv/Nytorv and Amagertorv along the way. Opposite Strøget, Vesterbrogade extends into the Vesterbro district and later crosses the border to Frederiksberg. H. C. Andersens Boulevard, Copenhagen’s most heavily congested street, and Vester Voldgade pass the square on either side of the city hall.
Apart from the City Hall, notable buildings around the square include Politikens Hus, the headquarters of national daily newspaper Politiken, and Industriens Hus, the headquarters of the DI. 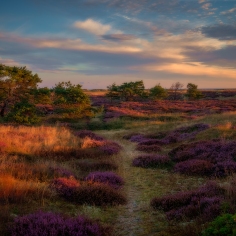